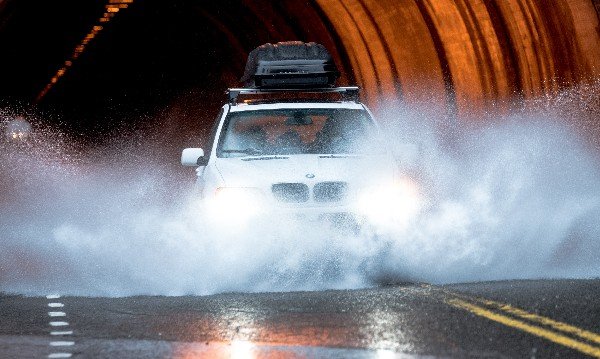 There were 275 students writing the essays portion of the English Language Arts diploma exam using the government’s Quest A+ system at 11:30 a.m. Wednesday when it went kaput, Alberta Education spokesman Gregory Jack said Thursday. Some of those students may now qualify for exemptions.

The computers hosting the online exams were located in an office building at 44 Capital Blvd., near the water main break at 108 Street and Jasper Avenue. The building lost both primary and emergency power during the ensuing flood, said Neil Levine, a spokesman for Service Alberta, on Thursday.

“Today my son lost entire first draft in Eng 30-1 #diplomaexam due to power outage. Laptops went down half way thru. Had to rewrite by hand and ran out of time to edit. Exam centre was chaotic. Will @AlbertaEd and (Education Minister) @davideggenAB be authorizing rewrites?” Calgary woman Olana Thomson wrote on Twitter Wednesday.

30 per cent of final grade

In academic subjects, diploma exams usually count for 30 per cent of a student’s final mark. English and social studies exams consist of two parts, written on different days. Students write the provincially mandated exams at the same times to prevent the possibility of cheating. There are five sittings per year for each exam.

Students affected by the outage will be treated fairly, Jack said Wednesday. Those unable to finish writing may qualify for an exemption, which can include not having to write the exam or not having the exam count toward the student’s final grade, he said. Exemptions are determined on a case-by-case basis, he said.

About 300 Calgary Catholic students wrote their essays using Quest A+ on Wednesday, but the district hasn’t yet tallied how many students’ exams were interrupted, spokeswoman Joanna French said. In some cases, students kicked out of the program finished their essays on paper, she said.

Edmonton Catholic Schools said Thursday students were not using Quest A+ Wednesday and were not affected. The Calgary Board of Education didn’t know Thursday if any of their students were affected. A handful of students writing the digital exam in the Strathmore-based Golden Hills School Division were interrupted, superintendent Bevan Daverne said Thursday.

Many administrators like using Quest A+ because it’s secure, he said. Students can’t hunt online for answers or plug any external devices into the computer when the software is running. It’s a “major disadvantage” for a student to switch from a keyboard to handwriting in the middle of an exam, he said.

“Today, almost no students would choose to do it on paper,” Daverne said. “It’s the way kids think … it’s part of their creative process to use the keyboard.”

The Quest A+ system made headlines in 2015 when it crashed while about 8,000 students were writing diploma exams.”

Image of flooding by Casey Horner on Unsplash