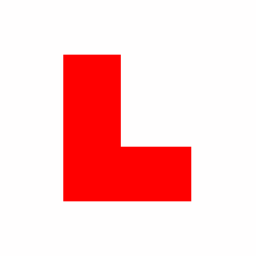 Taxpayers are to foot a multimillion pound bill over the contract to run Britain’s driving theory tests, Sky News learns.

Taxpayers have been left nursing a substantial bill after Whitehall officials slammed the brakes on a contract to move the management of Britain’s driving theory tests. Sky News has learnt that the Government agreed a multimillion pound settlement this month with Learndirect, the privately owned company which was due to begin supplying the tests later this year.

Instead, ministers decided to cancel the contract and retain Pearson, the FTSE-100 education and publishing group, for up to four more years without a further re-tendering of the deal.

The decision to annul Learndirect’s involvement was taken by the Driver and Vehicle Standards Agency (DVSA) with input from the Cabinet Office and the Department for Transport. Officials refused to disclose the size of the payout to Learndirect – which ironically was once owned by taxpayers – but it is said to have run to millions of pounds.

Whitehall sources conceded that taxpayers would also suffer financially because of the cost of running the next procurement process and the fact that Pearson’s deal is significantly more expensive than the one proposed by Learndirect. It is the latest – albeit far from the most expensive – botched procurement exercise involving Whitehall officials, and another undistinguished chapter in the administration of tests for learner drivers.

A Learndirect spokesman said: “The DVSA and Learndirect have concluded an exit from the contract for the provision of the UK Driving Theory Test, which was due to transfer…in September 2016.

“Against that background, and because continuity of service is of primary importance, it has been decided that now is not the right time to transfer. Pearson Vue will therefore continue to provide the service for some time.”

The DVSA declined to say why the contract with Learndirect had been cancelled, but a source close to the agency acknowledged that the company had been infuriated by the decision.

Learndirect is owned by LDC, a private equity group which is itself part of the taxpayer-backed Lloyds Banking Group.

The fiasco follows Pearson’s decision in December to abort plans to buy the e-assessments division of Learndirect after failing to agree a compromise with the competition regulator.

The Competition and Markets Authority (CMA) had warned that the deal faced an in-depth probe lasting several months.

Sources said Learndirect’s other divisions continued to trade well, adding that a planned sale of its apprenticeships unit remained on track.

The DVSA, Learndirect, LDC, Pearson and the Cabinet Office declined to comment beyond the official statement.

This news release is taken directly from Sky News